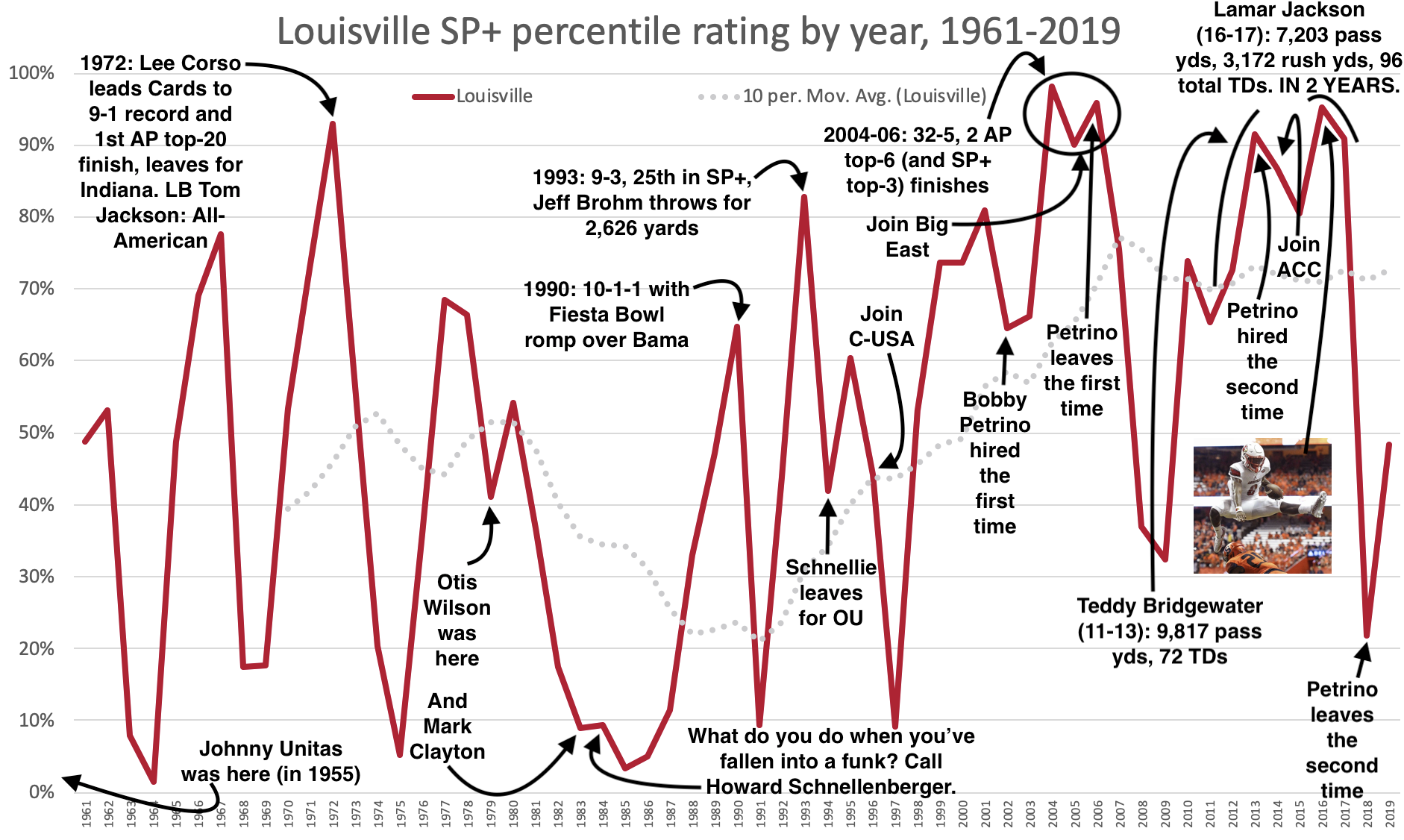 Here's his outlook for 2020, should there, fingers crossed, be a season: His words: "In the 2010's, Louisville fielded two of the funnest QBs ever, joined a P5, and hired Bobby Petrino for a SECOND time. Louisville: never boring."
Reactions: GoldCard, KozmasAgain and CardsFirst